To share your memory on the wall of Donald Zimmerman, sign in using one of the following options:

Donald was a U.S. Air Force Veteran who specialized as a Radar Repair Technician during the Vietnam Era. After teaching for 17 years, Donald retired as the Multi-Occupations Head Teacher at the B.O.C.E.S. Center in Mt. Morris, NY. He loved working with children and was a mentor to many. After his teaching retirement, he continued working as a Computer Consultant for several years and was a “jack of all” trades. Don especially enjoyed fishing, campfires and playing Euchre with his friends.

Friends and family will be received on March 18, 2021 at the Brunner Funeral Home, 156 Robinson St. North Tonawanda from 5-7 followed by a memorial service at 7:00 p.m. You may also view Donald’s Memory Wall at BrunnerFuneralHome.com. A private interment will be held at a later date.

Receive notifications about information and event scheduling for Donald

We encourage you to share your most beloved memories of Donald here, so that the family and other loved ones can always see it. You can upload cherished photographs, or share your favorite stories, and can even comment on those shared by others.

Posted Mar 11, 2021 at 09:18am
I am very sorry to find out this way that my uncle has passed. I am sure that my Aunt Elinor, my Dad, Uncle Skip and many of our family members have been reunited with him. Thank you for the memories Uncle Don, I will love you forever.
Comment Share
Share via: 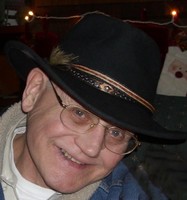