To share your memory on the wall of Mary Barone, sign in using one of the following options:

Mary retired from Tops Market Bakery Dept. in Tonawanda after working into her 80’s. She was a tour leader for Forever Young for 9 years and a member of the N.T. Sr. Center.
Read Less

Receive notifications about information and event scheduling for Mary

We encourage you to share your most beloved memories of Mary here, so that the family and other loved ones can always see it. You can upload cherished photographs, or share your favorite stories, and can even comment on those shared by others.

3 trees were planted in the memory of Mary Barone

Flowers were purchased for the family of Mary Barone. Send Flowers

Posted Mar 24, 2021 at 06:57am
Rest peacefully, my sweet, generous, joyful and incredibly resilient Aunt Mary. I’ll send special love to you and Uncle Eddie each year on our birthday!
Love, Marilyn
Comment Share
Share via:

Posted Mar 24, 2021 at 02:57am
Mary was the sweetest lady I have met. I met Mary playing dominos on Fridays ,I helped her when she couldn't figure out which domino to play. We laughed and we also played bingo on Thursday, I would call bingo once a month and I was happy when she won. I will miss her happy smile and laughter, it was a sad loss to me I thought of her like family. ❤🙏
Comment Share
Share via: 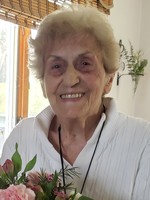