To share your memory on the wall of Rev. Charles Hobbs, sign in using one of the following options:

Provide comfort for the family by sending flowers or planting a tree in memory of Rev. Charles Hobbs

Provide comfort for the family by sending flowers or planting a tree in memory of Rev. Charles Hobbs

Affectionately known as Mr. Huggy, Hobbsie, Charlie, Great Papa, Dad and some other things we can’t mention here, he was a strong, hard-working man his whole life. He began as a boy before his daddy died when he was a pre-teen and just never stopped. He fought for his country in WWII, raised his family, and was a memorable substitute teacher whom former students still fondly remember 45 years later. He preached the Gospel for 60 years serving his community in countless ways, becoming known as the North Tonawanda, NY pastor-at-large who responds to anyone who calls him asking for help.

Charlie was also a dual-role clergyman, driving nearly a million miles as an over-the-road trucker, hauling stained-glass “freight” LOL from Rochester, Cleveland and London, Ontario. He was known to have had to slow down during a blizzard so a NY State Trooper could catch up to let him know the interstate was closed!

Hobbsie was known for being the chaplain of the NT Police Department for 20 years and Columbia Hook & Ladder for 47. He was known for making people laugh at weddings – and funerals, pastoring bikers and wolf-calling his way through City Hall as the city clerk. His vehicle was the rusty old blue one, hood sometimes held down with a bungie cord, snow coming up through the floor boards with bazooka blaring as he drove by.

He is the guy neighbors called the cops on because as he escorted his rolling walker down Ruie Road shortly after dawn, he would enthusiastically wish early-morning commuters a great day with waves, hoots and hollers inspiring them to respond in kind, while residents were trying to sleep!

Pastor Hobbs nurtured countless people in many congregations, beginning his WNY ministry at Community Christian in NT and continuing with several others including St. Paul’s UCC, Arcade UCCC, Fort Washington Christian Church and retiring from Forest Avenue Christian Church in Buffalo. Pastor will be remembered for his fierce hugs, caring heart, boisterous laughter, his “Bell of Remembrance”, and his gifts of flowers, Christmas wreathes and NT’s own Platter’s and Fowlers' Chocolates. Paul from Randy’s Auto on Oliver summed it up when Papa moved to FL in 2016. He said thoughtfully, sadly, “It’s the end of an era.”

With tears we say a temporary goodbye to an amazing person who understands the meaning of faith, freedom, service and family. We are so thankful he is part of our life and to have been blessed to share in his exuberant shenanigans! With hope we look forward to being in his presence again, trusting in the name of God the Father Almighty creator of heaven and earth, wonder-working Holy Spirit, and our Lord and Savior Jesus Christ, the only begotten of the Father full of grace and truth,
Daddy’s friend.

“Welcome Home Hobbsie my boy!! You’ve finished your course and kept the faith…now just one more thing; for crying out loud will you PLEASE get some rest?! And then you can help Me get ready to welcome the rest of those knuckle-heads home!!”
Read Less

Receive notifications about information and event scheduling for Rev. Charles

We encourage you to share your most beloved memories of Rev. Charles here, so that the family and other loved ones can always see it. You can upload cherished photographs, or share your favorite stories, and can even comment on those shared by others.

Posted Jan 03, 2021 at 04:48pm
Oh Hobbsie - I played organ at your services at Community Christian Church when I was still a teenager, and at the church in Riverside; and in Pendleton; I’m sure among others. I rang the bell in your yard on Ruie Rd. I’ll remember your huge bear hugs. Junior, my heartfelt condolences to you and your family.
Comment Share
Share via:
DL

Posted Jan 02, 2021 at 07:43pm
So sorry for your loss. Mr. Hobbs was my parents neighbor down in Rushford. Whenever he would ride his tractor up the road to cut the property he would just start hollering and blowing his train whistle as he passed by everyone’s house. I can remember how many time ms my dad and me had to pull his tractor out of the Piaf because he got to close and got stuck. He would always stop at the house to fill up his water jugs and have a talk with my mom the late Ann Black whom he laid to rest. You will be missed Mr. Hobbs you were a kind soul. Sincerely David Black ll
Comment Share
Share via: 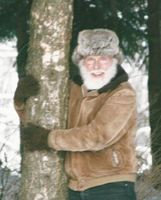 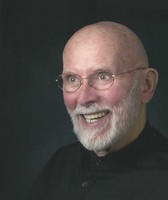 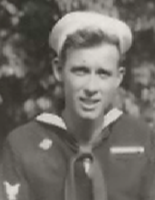