To share your memory on the wall of William Hankinson, sign in using one of the following options:

Print
William (Pete) Hankinson was taken from this life on Tuesday, March 23, 2021. Born on March 5, 1941 in North Tonawanda and residing at Elderwood Skilled Nursing Home at Wheatfield.

Pete, his nickname given to him by his grandfather, was... Read More
William (Pete) Hankinson was taken from this life on Tuesday, March 23, 2021. Born on March 5, 1941 in North Tonawanda and residing at Elderwood Skilled Nursing Home at Wheatfield.

Pete, his nickname given to him by his grandfather, was a graduate of University of Buffalo where he received his Masters Degree in Music Education. He served in the United States Army from 1961-1964, and was stationed in Wurzburg, Germany.

In 1969 he married the love of his life, Linda Carere. They had a wonderfully talented and loving son, Eric.

Pete had a wonderful and varied musical career. He was the guitar player for Melody Fair for 15 years. He went on tour with Brenda Lee and Ronnie Milsap. He was a composer, producer and arranger. He had accompanied Mickey Rooney, Jack Benny, Englebert Humperdink, Rita Moreno, Victor Borge, Nancy Wilson and many others.

As a teacher at Sweet Home Junior High and Niagara County Community College, he started the first Guitar Ensemble Program.

He wrote "The History of the Electric Guitar" and would give educational programs and demonstrations at local high schools and colleges.

Pete was a member of The Bison City Stompers and founder of Stringed Edition Guitar Ensemble. He traveled to California to shoot a scene in the Robert Redford movie, The Natural.

He is survived by his sisters, Susan (Jerry) Davidson and Ellen Ognibene. Also, his sister-in-law Beverly Loxterman. Nephew of Concetta Thompson (the late Franklin). Also survived by several nieces and nephews. Son of the late Wilhelm and Ellen (nee Thompson) and his brothers Patrick, Franklin and sister. Priscilla.

A celebration of life will take place at a later time.

Receive notifications about information and event scheduling for William

We encourage you to share your most beloved memories of William here, so that the family and other loved ones can always see it. You can upload cherished photographs, or share your favorite stories, and can even comment on those shared by others.

Posted Apr 04, 2021 at 12:24pm
I was very saddened to read about the passing of Pete, a marvelous guitar player and wonderful teacher. I met Pete during a difficult time in my life after my divorce. I was living in a furnished apartment on Ganson Street in North Tonawanda, just down the street from where Pete lived on Vandervoort St. I owned a guitar and was self-taught up to that point. I decided to seek guitar lessons and a friend recommended Pete. Lessons with Pete were such a treat. I will never forget his kindness and encouraging words and his endless enthusiasm for making music. Those lessons and Pete's kindness helped get me through some tough days. He leaves a lasting legacy and has touched so many, many lives. Thanks, Pete. Kevin Noonan
Comment Share
Share via:
JP

Posted Apr 04, 2021 at 11:27am
It is with great sadness that mom and I learned of Pete's passing. Pete was such a great friend to the Pendolino family---to my mom (who is now 94) who taught with him at Sweet Home Jr. High, to my father, also a musician, who played countless gigs with him and had an affectional mutual musical respect and friendship, and to myself who shared a friendship and often spoke about the music business. He was always quick with a smile, a joke (what a sense of humor!!) and always found the time to chat even when his schedule said otherwise. Pete was a gentleman who always showed compassion, empathy and ethical values. His musical talent was enormous. Those of us who have had the pleasure to witness this can attest to Pete's expertise. His accomplishments were all achieved with a low key, down to earth & no ego demeanor. He will be sadly missed, but fondly remembered. Rest in peace, my friend, rest in peace.
Comment Share
Share via:
DC

Posted Mar 30, 2021 at 05:37pm
Linda and Eric - we are very sorry for your loss. Pete was a wonderful man who enjoyed life and family. He loved music and teaching others. God bless.
Comment Share
Share via: 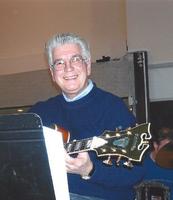 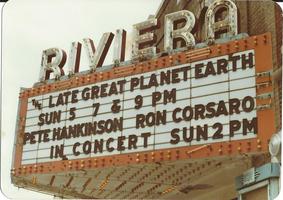